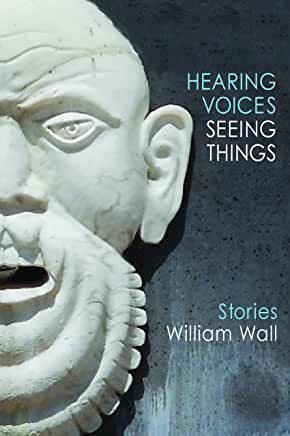 Wall, who was Man Booker-longlisted for This is the Country in 2005, knows less is more. These 20 short stories are both laconic and verbose; they hiss, mutter, wink and soar with intent. This resonant little book is in fact very large indeed.

Eileen Battersby in The Irish Times

Read the full review below or click here to be taken to the Irish Times page.

Some stories in this collection are really short, two pages maybe, but have the welter of an entire life beneath the surface. William Wall overhears and observes the invisible people that walk our streets, figures freighted with loss, with alienation, with dark secrets.

Deirdre Conroy in The Irish Independent

Read the full review below or click here to be taken to The Independent page.

Living is a difficult business and an ongoing seepage of random information. Personal histories gradually take shape, some through a series of tedious small events and disappointments, others by a crisis. Not that every crisis results in a tragedy, but William Wall prefers the nagging doubts and the potential minefield created by the half-told tale.

Most of all, though, is the remorse and guilt and complex shared experiences alluded to by a random comment. Some of the characters in this taut, always unsettling, at times disturbing, second collection devise their own little tricks for getting by. One such individual gives his version of events in Perfection Comes Too Late – the former orthodontist who, having begun to view his profession as a form of “antique restoration”, begins an online counselling support service. He devises his own little code.

His wife is unimpressed, and questions his ability to help anyone. Her silence speaks volumes, her cynicism shapes her gestures. She’s American and cryptic, with reason. The couple have just become grandparents, but the narrator is more preoccupied with his crazy online service and is aware of her views on it. “‘So,’ my wife said, ‘you pretended to be a psychologist.’” When he reasons that “I do have some experience”, her response is telling: “Oh yes, thanks to me.”

This is followed by an unexpected and disconcertingly extensive slab of information, a subplot: “Her father, Jeff, was an engineer who worked on hydro-electric plots. He was a tall man with a slight stoop. He served in the Navy during the war. He didn’t talk about it. Her mother was a doctor who never practised. When they visit us they exude a kind of generosity and warmth that after a few days is overwhelming and makes me want to hit one of them.”

Violence, often ironic and on varying levels, is never far from the surface. The wry prostitute in Kingsland Waste, calmly smoking while leaning out the window – “I can’t smoke in the bedroom, it’s not allowed. If I lean out far enough the smoke blows away on the piss smell” – considers death: “I feel like leaning far enough to fall. But I don’t want to die among the broken Heineken bottles. When I die it will be cleaner.”

She examines the visible damage done to her: “There is another bruise on my thigh. The bruises turn them on. Some fine day I will kill someone. It might be me.”

Yet she is not a victim, and her cool appraisal of the world in general – she watches a woman walk by “dragging a screaming child . . . he is not so much screaming as choking” – is very detached.

While her latest client is having a shower, she considers her role and her approach to pleasing the punters. “He comes out naked and it’s my job to admire him. There’s nothing much to admire. Sometimes that starts them off again and I have to remind them that it would be double. They never like that. The more money they make, the less they want to pay.” Her pragmatism is harsh, yet somehow also sad.

For others, dreams of romance linger. The poor woman in Etty Fitz and Jack Crowehas had a hard life, serving in a bar, “thriving on the smell of smoke and slops and vomit”, yet she still takes the time to deliver Buckfast tonic wine to the elderly invalided Mrs Simpson and listen to her views of the day.

Stern-faced Etty is kind and romantic. She has set her heart on Jack Crowe, one of the several Americans who infiltrate these stories, some of which are set around the constructing of oil refineries as Ireland began industrialisation. America even seems to have had an impact on Etty’s hair “that built up like a picture of the Empire State Building and stopped at a gleaming tortoise-shell comb”. She wear lots of heavy make-up, under which is a skull “covered in lined and worn skin . . . her eyes supported by a safety netting of creases”.

As she fries steak and onions, she is crying, not because of the onions but for having “wasted her life serving drink to farmers’ sons who would never marry anyone without land. She weeps because she has fallen for Jack Crowe and she knows she is not good enough for him. Because he could have the pick of all the girls he has ever seen around the world wherever oil was refined and because he had chosen none.”

Her dream becomes cruel reality as she eventually does gaze at his slack face on the pillow and sees his teeth are “the colour of old wood” and it is clear that “Jack Crowe never had the pick of all those girls. Not for many a year. She wondered which of them was more the worse for wear, whether maybe he hadn’t got the better bargain.”

It is one of the strongest of several fine stories in an impressive, quietly published collection that just might leave one wondering about the topsy-turvy state of present-day publishing. Wall, in common with debut novelist Conor O’Callaghan, is also a poet. O’Callaghan’s atmospheric and intriguingly ambivalent novel Nothing on Earth shares the same knowing menace and exact use of language upon which Wall thrives. Hearing Voices, Seeing Things is, as suggested, about hearing and seeing, if also about reacting. Cait, the ostracised narrator of The Mountain Road, which features in the recent Granta issue of new Irish writing, notes each nuance, the smallest slight, as her former lover kills himself and his two young daughters by driving into the sea.

God, religion, sex and death are the themes, and they are tried and tested ones, yet Wall, with his shrewd ear for dialogue and the offbeat, always succeeds in nudging his stories of the ordinary into a stranger place. In Paper and Ashes, the narrator, a recent widow, is distraught as the newly acquired death certificates, all five copies, go missing when her handbag is snatched. The thief, a young boy, discards items as he flees. The death certificates flutter on the breeze. Although the ashes are safe in her car, she battles on, pursuing the certs, aware that “All I had to do was go back into the registry and queue again and they’d give me out a hundred if I wanted them.”

Unedited Transcript Re. Fear is a virtuoso parody of official statement jargon as a company attempts to walk the legal tightrope regarding public liability and responsibility following a fairground ride malfunction which causes a death. By the close of the piece, it is obvious that the blame lies solely with the victim and the sign-off message is business as usual.

In The Trap, an anxious woman tries to use a humane trap, with disastrous repercussions for the mouse who wanders into it. Just as she is attempting to free the creature caught in glue – “Its front paws were stretched forward . . . as far as the elbow-joint . . . It had attempted to scrabble backwards with its hind legs. It looked like someone kneeling on a prayer mat” – a man arrives at the door, intent on converting her to Jesus. Things look bad for the mouse as the narrator admits to the preacher: “I never go out any more . . . I have anxiety. I worry about everything. I never sleep.”

It is blackly funny.

Wall, who was Man Booker-longlisted for This is the Country in 2005, knows less is more. These 20 short stories are both laconic and verbose; they hiss, mutter, wink and soar with intent. This resonant little book is in fact very large indeed.

Eileen Battersby was Literary Correspondent of The Irish Times and one of our best literary critics. She died tragically in 2018. Sit ei terra levis.

Some stories in this collection are really short, two pages maybe, but have the welter of an entire life beneath the surface. William Wall overhears and observes the invisible people that walk our streets, figures freighted with loss, with alienation, with dark secrets.

The author beckons his reader into a dark corner papered with random images, snatched phrases, worked up into a scene, perhaps in a dingy flat, where a fun-seeking tourist has responded to an advertisement in a toilet stall and finds himself trapped, naked and robbed of his credit cards in For Fun Times.

In Perfection Comes Too Late,  an up-to-date narrative source provides some scope for infidelity. A spam-email that markets a miracle erectile dysfunction solution, provides an orthodontist with a window on cyber fantasy.

A recently widowed 35 year-old woman and a homeless man are the focus of Paper and Ashes. She found her accountant husband, dead in the bathroom and now has his ashes to disperse. She says, ‘Even at the funeral they were all laughing behind my back, those that weren’t owed money,’ this is typical of Wall’s one liners that speak volumes.

Funerals, widows, orthodontists, stalkers and stuffed hearts emerge throughout the collection, woven into intense encounters that are both confessional and transitory. Each story demands your adjustment to a new voice and perspective. The author’s poetic voice is evident in the syncopated pace and rhythm of his prose.